If approved, three separate lots on East Pine Street in the South Eola/Thornton Park area of Downtown Orlando could be the future home of the Olive Townhomes. The three lots, comprised of 619,621, and 623 East Pine [GMap], could soon host a new three-story, six-unit development. The proposed building has already been seen by the City Planning Division.

The plans propose a structure that features first floor transparency, 18 off-street parking spaces (three per unit), a “highly articulated street facade,” and more.  The units will range in size from 2,500 square feet to 3,000 square feet.

“The massing and the scale of The Olive Townhouse project is compatible with the surrounding residential structures. The contemporary elevations, while out of character with the adjacent traditional architecture, are complimented by the nearby contemporary mid-rises and towers. Taken in context with the South Eola Neighborhood as whole, the project solidly adds to the eclectic ambiance of a neighborhood in an up and coming transition. The site plan, unlike similar constricted projects, has ample room for vehicle circulation, common area open space and internal visitor parking. All-in-all, The Olive Townhouses are a well designed Downtown residential project that will be a great addition to the South Eola Neighborhood.”

Designs of the Olive Townhomes project are by Michael Wenrich Architects. 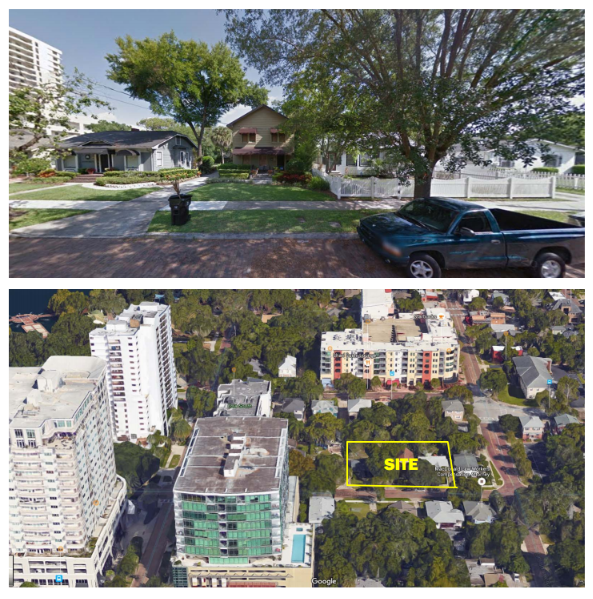