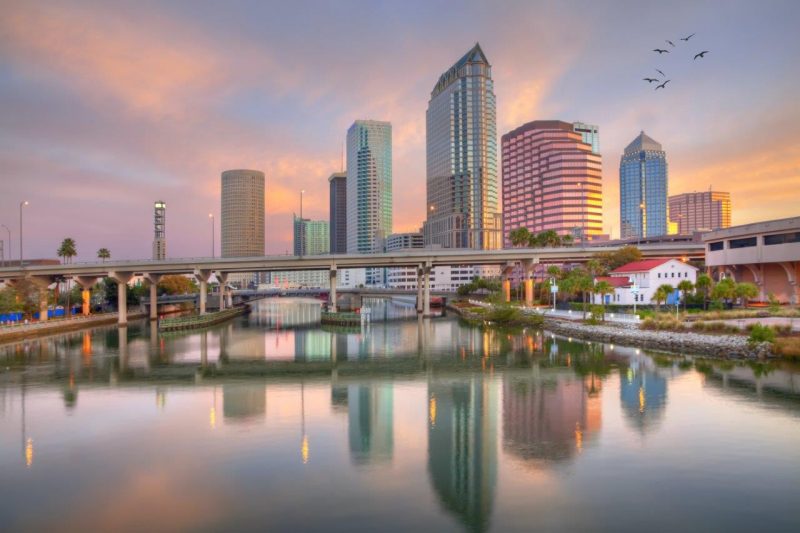 For the first time in 24 years, Downtown Tampa’s Special Services District expanded this month to include part of the burgeoning neighborhood of Tampa Heights. Founded in 1994, the District offers services like beautification, business development, transportation, and marketing for businesses within its territory.

With the inclusion of the Tampa Heights North Franklin Street business district, the Special Services District now stretches from the corner of Platt Street and North Boulevard to East Columbus Drive and Central Avenue. The Tampa Heights businesses requested to be included in the District in 2017. The expansion was approved by the City Council in August of 2018.

Property owner Maureen Ayral, who owns the building that houses The Hall on Franklin and the Hip Room Dance Studio, supported the expansion and says it provides essential resources to the nascent district.

“We absolutely need … guidance and advocacy from the Downtown Partnership,” she says. “We want to work with the city on making the street more attractive and to accommodate the significant traffic and need for parking we’re now seeing. The Downtown Partnership has a long history with the city. They can help shepherd us to the right people to deal with making it prettier as a destination.”

Based on Visa transactions at The Hall on Franklin, Aryal estimates between 60,000 and 70,000 visit the area each month during peak season.

One of the biggest potential benefits for North Franklin Street businesses — who’ve dubbed themselves the Yellow Brick Row for the color of many historic brick buildings — is access to public transportation to ferry passengers from downtown.

“The Downtowner, the free electric vehicles, are part of the service,” Aryal says. “That will alleviate some of the crazy traffic and parking demands we’ve seen.”

To join the Special Services District, local businesses pay a fee of $1.10 per $1,000 of their assessed property value.

The Tampa Downtown Partnership administers the Special Services District through an annual contract with the City of Tampa.