Orlando Home Values Up 10.7% in December

Home values nationwide rose 6.8 percent from last December to $193,800, the fastest annual pace of the year, according to the Zillow Real Estate Market Report. In Orlando, the median home value was $200,500 in December. Orlando home values went up 10.7 percent over the past year.

“Home values ended 2016 growing at their fastest pace of the year, which could be an indication of what to expect in 2017,” said Zillow Chief Economist Dr. Svenja Gudell. “Lack of inventory will remain a major concern for home buyers this year. Especially lack of available entry-level homes coupled with high demand will continue to rapidly drive up home values in the near future.” 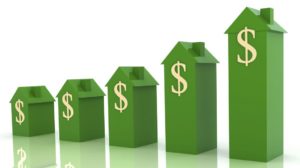 Meanwhile, rent appreciation stabilized at 1.5 percent annual growth, less than half the pace rents were growing at last year. The median monthly rent payment in the U.S. is $1,403. The median rental payment in Orlando is $1,387, up 3.4 percent over the past year.

The fastest rent appreciation occurred along the West Coast. Seattle led the nation in rising rents, with rents growing 8.4 percent in December, followed by Portland and Sacramento.

Inventory is still a concern for home buyers across the country. There are 4.6 percent fewer available homes than there were a year ago. In Orlando, there are 12.3 percent fewer homes on the market than a year ago.