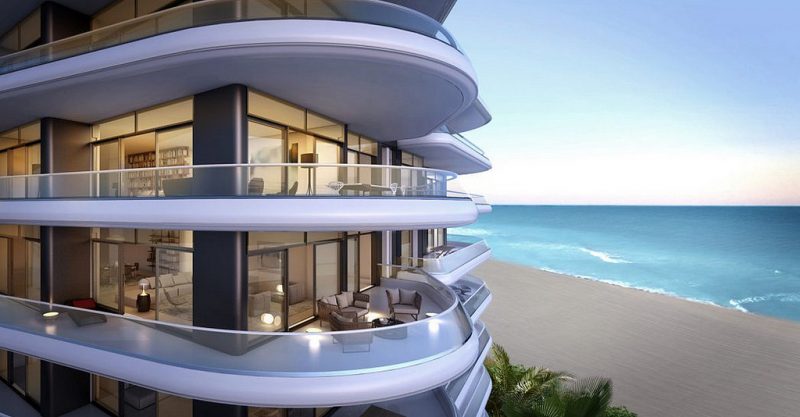 The time to buy in Miami is now, while it’s still a buyers’ market

Miami has seen increased sales this year, market reports have shown, with Europeans and Americans from the northeast looking to get in on the city’s sleek new condominiums.

Miami developers and brokers confirmed that activity is rising, but because of the city’s recent building boom, there is a large supply of new product on the market or in the immediate pipeline. Absorption rates are inching up, meaning homes are selling faster, but experts say there’s about another 18 months to get a good deal on a seaside escape or a downtown penthouse.

“It’s still very much a buyers’ market,” according to Ryan Shear, principal of Property Markets Group, a development company behind several projects in Miami. “We’re hopefully starting to see that shift, but there’s so much built supply.”

Sales in Miami were up 3.6% year-over-year in July, according to an August report from the Miami Association of Realtors. In addition, existing condo transactions rose 8.2% year-over-year.

A Caveat to the Luxury Sales Surge

On the luxury side, defined as homes valued at $1 million or more, sales rose 21.5% in June compared to the previous year, according to an earlier report from the Miami Association of Realtors, released in July. High-end condo sales were up 28% year over year.

“Absorption is picking up a little, but we’re still not back to where we were in 2014,” Mr. Shear said.

At the time, South American buyers were investing heavily in the city, but political tensions and currency changes in countries like Venezuela and Brazil have slowed sales from that region, he said. The dollar is very strong right now, Mr. Shear added, and the difference in currency makes investing more difficult for some.

South Americans still make up a large percentage of Miami buyers, however, and buyers from Eastern Europe, France, China and Turkey are picking up the slack, according to David Arditi, principal of Aria Development Group.

Miami brokers have also seen increased interest from buyers in New York, New Jersey and Connecticut, where property taxes are high. With state and local tax deductions now capped at $10,000, many northeasterners are exploring options in less expensive areas.

“It’s real,” said Daniel de la Vega, president of ONE Sotheby’s International Realty, of the migration of northern Americans to the Sunshine State. He said many of his clients from the New York-New Jersey-Connecticut tri-state area are actively looking, but haven’t yet made their final decisions.

“Once people get their 2018 tax bill, that will drive people to buy,” he said. That could translate into increased sales by the first quarter of 2019.

Karen Elmir, CEO of the Elmir Group at Cervera Real Estate, said she has already seen an influx of buyers from the northeast. And they are signing contracts now so they can eventually head south, even if they aren’t ready to move immediately.

For those on the fence, Ms. Elmir said now is the time.

“There’s a large inventory, and developers know it,” Ms. Elmir said. And because there are so many options, developers are willing to make deals, she added.

It will be about 18 months for the current supply to be fully absorbed, according to Ms. Elmir, so buyers can find still good deals. However, though there are currently a lot of options to shop, that won’t last.

A Slowdown in New Developments Means Buyers Should Move Quickly

Many projects are under construction or even launching now, but new projects aren’t being proposed, Mr. de la Vega said. So in three or four years, about how long it takes to complete a large development, new product will not be coming online.

By then, the units currently on the market will be absorbed, without a steady stream of new builds to replace them. As supply dwindles, buyers lose their chance to get a deal.

That process has already started, in Mr. de la Vega’s estimation. Still, on the high end, he said there are “deals to be had.”

For those looking to invest, Mr. de la Vega “loves Wynwood,” adding that there’s a lot of new condominiums being added there. For families, Mr. de la Vega likes Coral Gables and Coconut Grove. Miami Beach is “very central,” he said, and Brickell is a great place to live, especially for those who work in the area.

Mark Pordes, CEO of Pordes Residential, said he’s seeing more clients from hedge funds or Wall Street. Some are commuting to New York regularly, but about 30% are making Florida their new base of operations.

These clients generally opt for larger and more expensive homes on the water, he said, and he expects the excess product on the high-end to be absorbed in the next year.

It’s the sub-$2 million luxury market that has the most supply, according to Mr. Arditi. Much of that is in Brickell or downtown Miami, both of which have seen several sleek new developments pop up in recent years.

Some of that product may have been overpriced, Mr. Arditi said, but now “sellers are more in line” with buyers’ price expectations. Prices are lower, translating into more sales.

Source: “Miami’s Condo Surge: Why the Time to Buy is Now,” Mansion Global