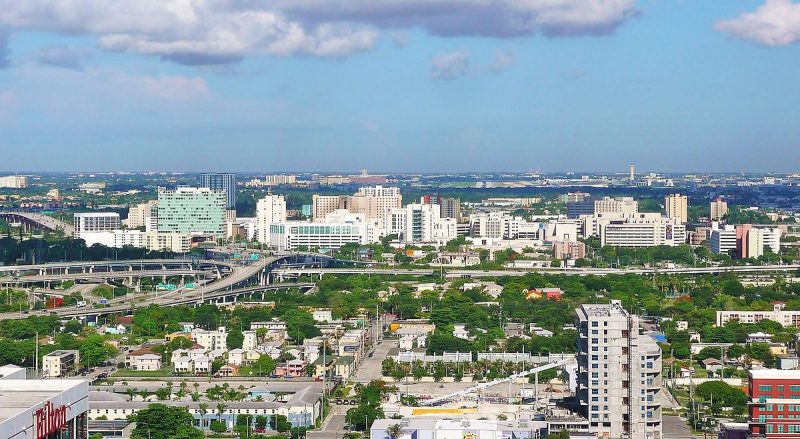 Is Miami’s Allapattah area the next hot neighborhood?

Miami’s next hot neighborhood for development conjures up a distinctly Florida image that may not be welcome there: alligators. It’s Allapattah, part of what is commonly known as the “Health District,” and it is being spurred by the largest retail project now under construction in Miami: River Landing Shops & Residences.

“We are speaking with numerous retailers and restaurants that want to have a presence in Allapattah and the Health District because that’s where a large majority of our population works and lives,” says Ken Krasnow, executive managing director of Colliers International South Florida.

The name of Allapattah has an unlikely derivation for shoppers. It comes from a Seminole Indian language word: alligator. Beyond that, Allapattah is home to the Health District, the center of the city’s medical, research and biotechnology industries and known as the largest concentration of medical-research facilities after Houston.

In the past year, home values rose 25% in Allapattah, which is roughly a five-square-mile neighborhood bordered by 6th Avenue NW to 27th Avenue South and from NW North River Drive to 38th Street. The neighborhood is next to Wynwood, about five miles from the Miami international airport. In addition to residents, the area’s population is swelled by thousands of medical personnel who work there, many of whom are highly paid.

It is surrounded by major highways and serviced by the Metrorail and Metrobus transit systems. In common with other similar areas, it has an overflow stock of underutilized industrial and commercial properties. A familiar new trend is for buyers to buy and renovate industrial warehouse properties.

The neighborhood has been described for decades as a retail desert. But it is becoming one of the state’s busiest employment hubs. It is also getting renewed attention from retailers such as Publix Super Markets, TJ Maxx, Hobby Lobby and others. River Landing is said to be the largest retail project now under construction in Miami.

The 2 million-square-foot development along the Miami River is the first large-scale retail project to enter the neighborhood. One of its major advantages is proximity to downtown Miami and access to major thoroughfares.

Promoters say the Allapattah area is joining the likes of other hot neighborhoods. They cite comparisons to areas such as Brickell, the urban area that in modern times has evolved into one of the nation’s largest financial districts, and also near-downtown areas of Edgewater and Wynwood.

The latter is a former industrial district known today for its variety of shops, entertainment district and artwork. Adjacent Edgewater is generally viewed as a dominant residential neighborhood with population-swelling high-rises that have helped draw retailers.

The River Landing project “is a smart market for retailers because the customer base is a growing sector of the local economy, yet there are barriers to enter the market,” says Andrew Hellinger, a principal of Coral Gables-based UrbanX Group.

Hellinger and partner Coralee Penabad are the developers of River Landing Shops & Residences.

Appealing to Millennials with 24-hour City

Since River Landing began to go vertical a few months ago, the 8.4-acre development has spurred real estate investors and developers to the area. They are obviously looking to serve millennials who want to work, live and shop in the same neighborhood. While the area itself has no more than 50,000 residents, it’s retail appeal is vastly enhanced by the thousands of medical personnel. One example recently of its popularity: Robert Wennett, the developer behind the area’s most famous parking garage at 1111 Lincoln Road in Miami Beach, partnered with Danish starchitect Bjarke Ingels to redevelop a site in Allapattah.

A recent report in The Real Deal said they planned an eight-building complex with residential office, retail, hotel and other components. River Landing, which includes a linear park along the Miami River, also has 508 market-rate apartments to help transform the area into a live, work, play community.

“As millennials, transplants and empty nesters continue to move to the urban core, retailers take notice,” says Krasnow. “They realize the appreciation that will inevitability occur in the neighborhood and they want in before it evolves into the next most-trendy neighborhood along the Miami River. We’ve seen this move before in Wynwood, Edgewater and Brickell and this neighborhood is on the same trajectory.”

Miami continues to be a retail market where international visitors are lured just to shop. They have boosted retailer sales despite inroads from e-commerce.

Retail fundamentals in Miami-Dade County have reached a healthy status in the second quarter of 2018, according to Colliers International South Florida’s Q2 retail report. The vacancy rate in Miami-Dade currently stands at 3.9 percent, a 10-basis point decrease quarter-over-quarter. Vacancy rates have remained below 4% since 2014.