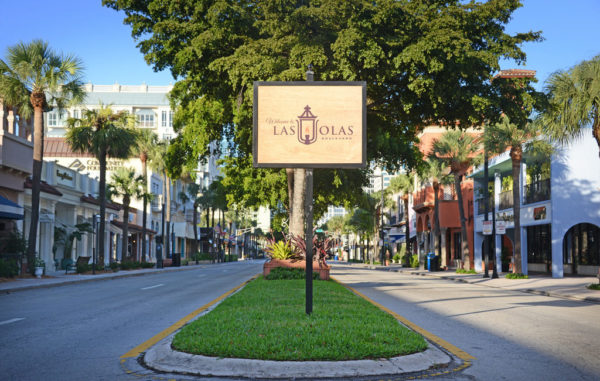 Beneath the stares of several 4-foot high Buddhas at his soon-to-be-opened Red Door Asian Bistro, Tony Asta paused amid the construction to explain why he’s joining the restaurant boom on Las Olas Boulevard.

“When we first walked in, we knew this was for us,” he said. “There is a niche that we can fill.”

All along the Las Olas corridor are similar stories. In what seems to be a quasi-collaborative moment, landowners, developers, entrepreneurs and professionals are helping downtown Fort Lauderdale achieve a newfound adulthood.

No longer solely a way station for temporary visitors such as tourists and seasonal snowbirds, it is now a highly desirable metropolitan destination that for many is more attractive and economical for full-time living than Miami.

“We’re not the city ’tween Miami and West Palm Beach anymore,” George Hanbury II, president and CEO of Nova Southeastern University and a former Fort Lauderdale city manager, told a recent symposium sponsored by the Urban Land Institute and the Fort Lauderdale Downtown Development Authority. “We’re at the center of 6 million people in three counties and have the potential to be a world-class center.”

The city will soon be the only midpoint for the daily Brightline rail service serving West Palm Beach, Fort Lauderdale and Miami. The rail line’s Broward Boulevard station is a short walk or ride-share trip away from Las Olas — a major plus for the thousands of people who are moving or are about to move into burgeoning residential towers along the corridor. More than 8,000 residential units have opened in downtown Fort Lauderdale in recent years. Another 7,000 residential units and 1,000 hotel rooms are planned.

And Las Olas is a prime contributor to the surge in business.

Residential developments in the corridor

Property Markets Group is overhauling the site of the failed Riverfront complex with X Las Olas, a development of “micro apartments” with relatively lower rents aimed at millennials. Stiles Inc. is developing a luxury office tower at 201 E. Las Olas Blvd. and a residential tower at 212 SE Second Ave., which will also be the scene of a sorely needed supermarket.

Meanwhile, The Kolter Group is halfway toward completing a luxury mixed-use tower at 100 Las Olas, which for a short time will hold the title of the city’s tallest building at 46 stories. The tower will be home to a Hyatt Centric hotel, the first hotel to be built on Las Olas in 82 years.

The 100 Las Olas tower’s “tallest” status won’t last long because another proposed mixed-use tower, RD Las Olas, is expected to rise to 494 feet, 8-inches, north of the Henry E. Kinney Tunnel beneath the New River — provided the city approves it.

At 501 and 515 E. Las Olas Blvd., the revamped SunTrust Center, renamed Las Olas Square, is picking up momentum with the signing of a nationally known restaurant chain and a work space company as tenants. Coming soon is Del Frisco’s Grille, a national brand chophouse. Also signed is Spaces, a worldwide shared work space firm that will occupy 32,000 square feet, and SunTrust, which is leasing 5,000 square feet for a retail branch

“We didn’t know what expect,” he said. “We toyed with going straight to sales. We determined it wasn’t the right time. Then we decided there was pent-up demand for larger rental units, and we’ve been very successful with it.”

That success has come with monthly rental rates ranging from $2,000 to $7,000. The building, which opened late last year, is 75 percent leased.

“We’re getting top-of-the-market rents for downtown Fort Lauderdale,” he said. “We’re pleasantly surprised. The building is getting a life of its own.”

The tenant profile is a mix of empty-nesters whose children are grown, young people with children, and people who lived downtown before and upgraded to fancier digs.

Where will they all eat, shop and play?

If restaurants west of the U.S. 1 tunnel don’t suit them, they can go east to sample the clutch of new restaurants and retail outlets opening this spring along a six-block stretch controlled by The Las Olas Co., Barron Real Estate and Hudson Capital Group.

The landowners appear to have succeeded in attracting quality restaurants. And the crowds are responding.

Last Tuesday evening, at the Mexican restaurant El Camino, which debuted in February, the place was packed to the outer door for happy hour, not long after tornadoes had hit the city.

Born and raised in Fort Lauderdale, he is involved with the burgeoning Flagler Village and a remake of 13th Street north of downtown.

“Las Olas became very homogenous for a while. It was due for a refresh,” he said. “Burgers and beers were OK, but people want more dining options and experiences. The roster of restaurants going into Las Olas are amazing.”

Asta, who is opening the Red Door Asian Bistro on Las Olas and runs a chain of Asian-fusion restaurants on Long Island, N.Y., is unfazed by the large numbers of new restaurants booked for the boulevard. He said he expects to draw tourists, shoppers and downtown workers and residents to the restaurant, which is set to open April 23.

Michael Weymouth, president of the Las Olas Co., which owns and operates the venerable Riverside Hotel, said the landowners started searching for a blend of prominent retailers and restaurants after getting “blindsided” by a surge in vacancies. The three landowners control 90 percent of the space from the tunnel to the 10th Terrace.

“We partnered with them because we want to appeal to local and national retailers,” he said. “If we didn’t have space to accommodate them, the other developer would.”

The corridor is showing an ability to seriously compete with other commercial centers, said Jeffrey Evans, senior director of retail leasing for the Comras Co., which is helping the landowners identify tenants.

“The market hadn’t been serving the local population. We’re trying to bring in the lifestyle tenants that have been missing. It’s filling that necessary void,” Evans said. “The great thing about Las Olas Boulevard is that it’s pulling people all the way from Weston. The boulevard has been the focal place for Broward County.”

The Las Olas Co. itself has developed the two-story Las Olas Place at 788 E.Las Olas Blvd., with one floor for retail and another for offices.

Weymouth, of the Las Olas Co., and Evans, of the Comras Co., said they have letters of intent from retailers but are not prepared to announce any deals. The landowners have attracted tenants such as the national cosmetics and beauty supply retailer Bluemercury.

“We don’t do a knee-jerk reaction just to fill space,” he said. “We said, ‘Let’s try to do what’s best for the boulevard.’”