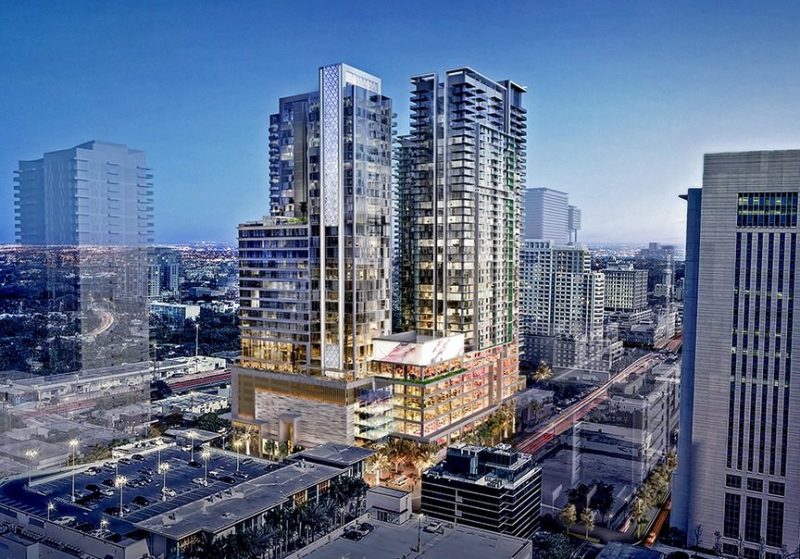 Riverparc Square, formerly called Southside City Centre, will include three towers, two of them 43 stories tall and one 36 stories tall, with 790 residential units, hotel rooms, retail and office space. It is being developed by an entity led by Kevin J. Reilly of Miami.

At Tuesday night’s commission meeting, commissioner Ben Sorenson said city staff “misapplied or failed to apply the comprehensive master plan traffic and mobility requirements” to Riverparc Square. But none of the other commissioners seconded Sorenson’s motion to schedule a public hearing to review and vote on the development.

“While I’m very comfortable with most of the project and I appreciate the investment the developer is making, I still have concerns about traffic and how it aligns with our comprehensive master plan,” Sorenson said.

The Riverparc Square development would generate 10,491 daily trips, according to a study that Traf Tech Engineering conducted in February.

The developer, Southside River LLC, led by Reilly, agreed to take steps to mitigate traffic generated by Riverparc Square. After the first and second phases of the development are built, for example, the developer could be required to pay part of the cost of installing traffic lights at two intersections on Southwest Sixth Street at Southwest Second Avenue and Southwest First Avenue.

Robert Lochrie, an attorney for the developer, told commissioners Tuesday night that the density of Riverparc Square was reduced in response to the concerns of city staff on the Design Review Committee.

In May 2017, the DRC issued a 32-page response to the developer that encouraged “greater tower separation” and “slender towers to complement the skyline and provide more light … to streets and open spaces below. Consider tower design options that reduce building mass of towers.”

Riverparc Square won preliminary approval Sept 4 after the developer cut the number of residential units to 790, the number of hotel rooms to 297 and the retail space to 44,698 square feet. The amount of office space was increased to 296,459 square feet. The project is designed by Dorsky + Yue International.

Fort Lauderdale residents spoke at the city commissioners’ meeting Tuesday night during a public-comment period, and many expressed concerns about the impact of Riverparc Square on the city’s water, sewer and storm water systems.

“Overall, we think it’s a world-class project,” said Janet Scraper, president of the Tarpon River Civic Association, but “we do have concerns about the infrastructure.”

Commissioners Steven Glassman, Sorenson and Mayor Dean Trantalis won election this year after campaigning against excessive real estate development in Fort Lauderdale. Trantalis did not attend the commissioners’ meeting Tuesday night because he was traveling on city business.