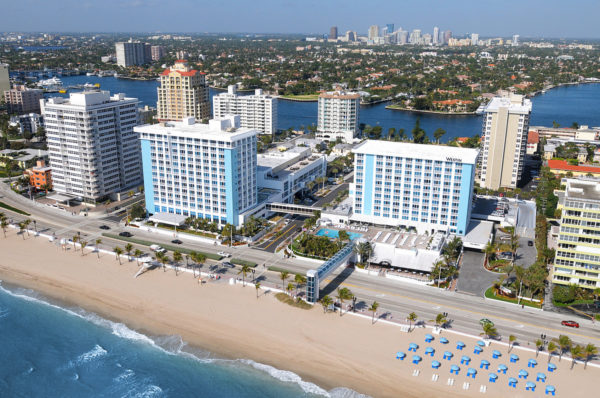 Fort Lauderdale native Bob Swindell remembers the days when retailers and restaurant owners in Downtown Fort Lauderdale and beaches nearby would shut down by 6 p.m. and stores would close up for the summer.

The only real action the neighborhood experienced was during Fort Lauderdale’s vaunted spring break era, from the late 1960s to early 1990s, when hordes of college students turned downtown and the beaches into party central. The negative publicity eventually led city leaders to curtail Fort Lauderdale’s image as the raunchy resort town for a more subdued reputation as Broward County’s corporate epicenter that counted a daily newspaper, the Sun-Sentinel, as an anchor tenant.

Now, Downtown Fort Lauderdale and beaches are going through another evolution that is transforming the neighborhood into an international destination, according to Swindell, who grew up to become president of the Greater Fort Lauderdale Alliance.

“The fabric is really changing,” he said. “There is a lot of high-rise and mid-rise residential development that is leading to an influx of residents. It has created a great environment.”

“At Four Seasons, we have many buyers from Europe, South America and the Middle East,” Teixeira said. “Fort Lauderdale is becoming a casual, yet sophisticated oceanfront community.”

Nine years after it was severely damaged during Hurricane Wilma, a wrecking ball claimed the former Howard Johnson’s hotel on Fort Lauderdale Beach in 2014. By the end of the year, developers Art Falcone, Daniel Kodsi and Nitin Motwani — who paid $20 million for the 2-acre site at 700 State Road A1A — broke ground on their Paramount Fort Lauderdale Beach project, marking the beginning of a luxury condo boom in downtown and the surrounding area.

In 2015, the Related Group started construction on the 45-story Icon Las Olas — a decade-and-a-half after it was first proposed. The company expects to complete its first major condo project in Fort Lauderdale by end of the summer or early fall. Other developers found opportunities redeveloping properties along prime beachfront land.

Hospitality and multifamily developer Gencom and Invesco bought the Ritz-Carlton Fort Lauderdale condo-hotel for $65.5 million in 2013. They sunk $9 million into renovating the building’s public areas, lobby, restaurant and spa, as well as creating an indoor-outdoor bar and a 3,700-square-foot retail store. Two years later, Gencom sold a majority stake to Carey Watermark Investors.

“Projects like the Ritz-Carlton and the Four Seasons have cemented Fort Lauderdale as a market for luxury hotels with residences,” Teixeira said. “Buyers who would not have looked at Fort Lauderdale 10 years ago are now taking notice.”

“There is tremendous interest in downtown Fort Lauderdale on the part of buyers due to the expansion of international flights in Fort Lauderdale International Airport, the abundance of marine activities and cultural attractions in the neighborhood. It has evolved into a very happening place,” said Louise Sunshine, Fort Partners strategic advisor.

“Downtown Fort Lauderdale continues to thrive in both the office and retail sectors. Many national retailers have identified Las Olas Boulevard as a desirable location for their products and services to reach the growing population in the downtown core. Additionally, the office market continues to be strong with historical high rental rates and new construction on the horizon,” said Greg Martin of Avison Young.

Most expensive on the market

Least expensive on the market

Median sales price per square foot: $379 or 53 percent higher than Broward average
Increase in average rent over the last year: 1 percent to $2,008

In late March, The Kolter Group broke ground on 100 Las Olas, which at 499 feet will be downtown Fort Lauderdale’s tallest building. The project, located at 100 East Las Olas Boulevard, will consist of 121 condos, 238 rooms in a Hyatt Centric hotel, and 8,500 square feet of restaurants and retail on the ground floor.

Around the same time, Ocean Land Investments unveiled plans for a 42-story luxury tower targeted to seniors called Riverwalk Residences of Las Olas. Ocean Land, which has five boutique condo projects under construction close by, paid $624,000 for the property. It houses the four-story Riverwalk Plaza building.

At the site of the failed Las Olas Riverfront retail complex, Property Markets Group received city approval to build a mixed-use project. Built in phases, it will have a total of 1,200 apartments and 40,000 square feet of shops and restaurants when it is completed. The development company paid $29 million for the 2.5 acres west of Andrews Avenue overlooking New River.

In May, Greystar plunked down $19.5 million for a downtown Fort Lauderdale office building. The company plans to redevelop it into a high-rise multifamily tower. Greystar joins other multifamily developers that are building new apartments in the neighborhood.